A juicer is a great tool to have in the kitchen for making vegetable and fruit juices. But what about soy milk? Can you make soya milk with a juicer or do you need some other type of machine?

Among all the kitchen appliances, Soya milk makers are dedicated to making soya milk literally, But,  if you don’t have a soya milk maker, then you can use your juicer to make soy milk too.

if you want to know, whether a juicer is a better soy milk maker than other kitchen appliances. you can continue reading this article.

There are mainly 4 types of juicers in the market. Those are centrifugal, masticating, cold press, and citrus type juicer. Each has its pros and cons.  you can know more about different types of juicers by reading my article.

How to make soy milk using a juicer

your juicer will work better if you add water with your soya when juicing (or milking in this case).

Making soy milk is actually very easy if you have a juicer. All you need to do is soak some soybeans overnight, then just juice them the next day and strain out the pulp. You can also add things like vanilla extract for more flavor.

Are juicers can make soy milk better than other devices ( in term of ease of use, time, price )

Juicer VS Blender: how they differ to make soya milk

Blenders are also great because they don’t need any special equipment – just add water, soy beans, and a little salt. Blend for 2-4 minutes then pour into cups or bowls.

You will also need to strain and boil  the raw soy milk after you use the blender.

It tastes delicious too! You can put some honey in if you want something sweeter – sweeten to your taste buds’ liking before blending again.

The main difference between the  juicing  and blending methods is that juicers extract only juice while blenders also extract fiber from fruits and vegetables; this means that when we consume blended food we get all the benefits of juices plus fiber.

Drawbacks to using a blender:

You will need to strain and boil after you blend the raw soy milk.

So, juicer and blender both need straining and boiling row soy milk after using those devices.

Juicer vs Soup maker: which one is the better soy milk producer

The process of making soy milk is simple. You’ll need a soup maker, water, and some soybeans. All you have to do is put the soybeans in the soup maker with a little bit of water and turn it on for about 18 minutes. then just strain it

you can repeat the process with residue again for making more soy milk.

It’s as easy as that!

1 cup of soybean will make 4 bottle of soy milk

just need straining after you use your soup maker

So you can say  soup maker is better than juicer when you want to make soy milk. The juicer will need stringing and boiling of raw milk. For the soup maker, you will just need strainer.

Juicer VS Soy-milk-maker: which one is best to make soya milk

You may be wondering what the difference between a juicer and soy milk maker is. Well, both of them make awesome drinks but they work differently: A soy milk maker uses soybeans while a juicer extracts juice from fruits or vegetables.

First you pour the soya beans into the machine’s container with your desired amount of salt (if any).

Then fill up the water jug with cold water until it reaches the maximum level on the machine. Place the jug on top of the machine and turn it on by pressing one button for about 3 minutes until you hear a sound signaling that your drink is ready!

Unlike juicers, you don’t need to strain or boil after you use your soy milk maker .

So it’s the best option to make soy milk than a juicer.  it is also better than other kitchen appliances when it comes to making soy milk.

Among all the kitchen appliances, the soymilk maker is the best to make soy milk. if you don’t have a soymilk maker then you can use a juicer to make milk. the juicer is better than a blender but the same effect as a soup maker for making soya milk.

You can try different types of soya as each makes different flavor when you make your soy milk with it. use whichever you like most.

According to Wikipedia that soaking whole beans (skin plus) in boiling water will reduce/remove the extra beany flavor, which is caused by lipoxygenase.

you should remove Skins of soy to remove bitterness. Soaking has to be done using hot water, hot water facilitates the process. Hot water soaking makes the outer skin soft and loosens.

there are other herbal and practical ways also. aromatics such as pandas leaves, which will help enhance the flavor and also get rid of the “beany” taste. You can probably get these in your Asian food market.

You can drink it at normal temperature, or you can refrigerate it for better taste. 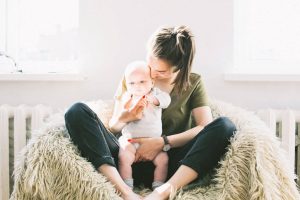 Hi, I am Kristy. Thank you for visiting my site. I am Juicing for a long time. This site is for those who like juicing or want to stay healty. Happy Juicing!